It isn't without reason that handheld fire extinguishers can be found almost everywhere in Australia. They provide us with an extra level of safety in places like busses, boats, and buildings, if you know where to look. However, with such a large variety of fire extinguisher specialisations, it's unfortunate that they must be read to be understood, which can be a pain in an emergency situation. Of course, this is unless you know the standard Australian colour-coding scheme (AS/NZS).

In addition, below are the Australian fire classes referenced above:

These include commonly combustible materials like wood, rubbish, cardboard, paper, and fabrics.

These liquids include almost all common flammable liquids, such as petrol and industrial chemicals. Do not use a solid stream of water against this type of fire, as it will simply cause the fuel, and hence the flame, to spread.

These include fires caused by common gasses such as natural gas. Do not use a solid stream of water to combat this fire, for the same reasons above.

These include uncommon outside of industrial settings, flammable metals include lithium, potassium, group 4 elements, etc.

Special consideration is necessary for electrical fires, which are fires involving potentially energized or live electrical equipment. In fast-paced emergencies like those involving fire, it's easy to forget that water conducts electricity.

The deceptive and dangerous kitchen fire shouldn't be combated with water. This water can potentially sink below the oils and/or fats, before being vaporized (or boiled) by the high temperature of said oil, vaporization that will then eject the flammable oils/fats above it, kind of like a cannon of fire. 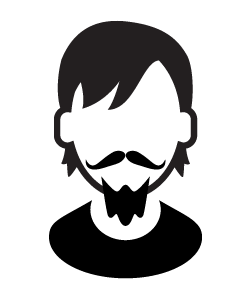 Hello everyone, Kate here. A few months ago, my young son came home from school with a science assignment about the environment. As I was helping him complete it, I couldn't believe how much more he knew about the environment than I did--and the facts he was telling me were alarming! Even after his science project was complete, I couldn't stop looking into environmental issues and how to live a more green lifestyle. I knew there must be other people out there who knew as little as I did, so I decided to start this blog to keep you all in the loop about green energy, nature preservation and more.